We left Syros on the Aqua Sprit, a small ferry as these things go, walking down from our hotel to the boat, stopping off at a bakery for supplies - water, a few different varieties of cheese pie, just the usual - standing on the deck to watch as cars, bikes, tractors, came aboard, as a small group of people joined us, the locals staying below, in the cool. We took a spot on one of the blue plastic benches, listening to three men as they discussed the difference between holidaying and travelling, assuring each other that this was travelling, as we pulled away from Syros, rocking slightly, a motion that would take us through 7 hours, through stops on Paros, Naxos, Ios, and Sikinos, to Folegandros.

As we arrived on Naxos, as a few more people joined those who had come onboard on Paros, and as we stood watching the routine of ropes being thrown, the unloading and reloading of vehicles and passengers, we sat alongside a Blue Star ferry. It was almost the same as the one we had taken to Syros, a monster compared to the one we were on now, and, as we saw the number of people, the speed as that ferry left the bay, as we compared it to our leisurely pace, to our stops announced first in Greek, then English, 'parakelo, parakelo..', we realised how glad we were to be travelling on our boat, with the blue plastic benches, the tomato plants being grown on deck.

We spent those hours watching. Watching the sea, the sky, the waves as they hit the front of the boat, the rainbows in the spray, the other people travelling alongside us - an elderly couple, him looking at the same Greek phrasebook as we had in our bag, her doing crosswords; a foursome of leathery skinned Brits, the men sitting with their tops off, clearly used to Greek ferries, to Greek sun; a large group from Texas, parents, teenage daughters, a son who we spoke to as his wife slept and who we then would bump into over the next few days, comparing notes about where we had been, what we had done.

We reached Folegandros just as the boat started to lurch a little more, as the waves started to get higher, as the wind picked up, and as the spray from one of the waves managed to reach the deck. We decided to head inside as the announcement started, 'parakelo, parakelo...', going downstairs, collecting our bags from the store where they nestled against boxes of fruit and vegetables being delivered to the island, the door starting to open as the boat slowly pulled into the dock, someone in a uniform beckoning us forward to leave the boat before it had quite touched land, people running on to collect their deliveries.

We had sea legs for the rest of the day. 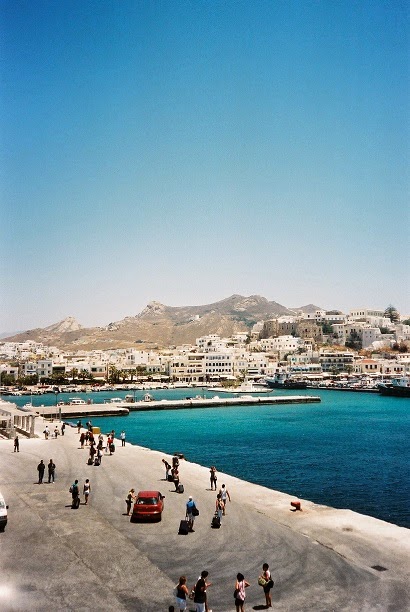 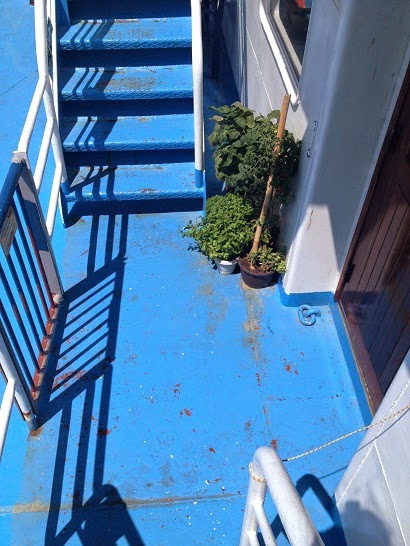 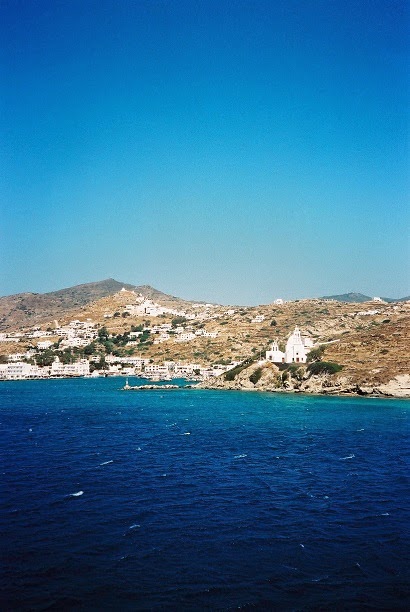 All of it, so good. I hope I can take this ferry someday.

Gorgeous photos. Your description of the ferry ride is wonderful. Sounds like a glorious trip! :)