Summer has been coming and going over the last few weeks, a day of sunshine, seats outside, sandals, then back to rain, jackets, feet dyed blue from navy moccasins worn without socks. But now the days are so long, the evenings so light, and the countdown to a few days in the sun in June has begun. But, before then, and because my parents recently followed (roughly) in our footsteps, some long overdue posts from last June...

We got to Athens in a roundabout way. A flight to Frankfurt and a night in a hotel with German beers bought from the airport supermarket. When we arrived we waited for the bus to the port, cramming ourselves on, resigning ourselves to a long trip spent standing up all the way. At Piraeus we found the ferry, set out to buy food for the journey, and I acquainted myself with the perilous mix that is saltwater sandals and marble pavements meaning that for that first week my bikini would be accessorised with a giant bruise on my hip. Onwards - cheese pies, beers, a seat in the sun on the deck of the ferry as it filled up - families from our flight, Greek people heading to islands. The first stop in 3.5 hours would be ours, Syros, the last in the early hours of the morning. We were giddy for most of those hours, the sun, the blue, the islands that we passed with solitary white churches on outcrops of rock.

Those two nights on Syros were marked with a small hotel, the view from the balcony - a blue-domed church in one direction, the port in the other, walks on marble pavements and through marble squares (treading carefully, my lesson learned), swimming from rocks where children launched themselves into the sea while older men and women sat under trees watching on, Greek music playing, an elderly man teaching the littlest ones how to click their fingers in time. We swam there twice, once luxuriating in our first swim of the holiday, retreating eventually to sit outside under bougainvillea for lunch, the second time as the sun dropped, the water colder, the light astonishing. We swam every day after that until we got back to Athens. 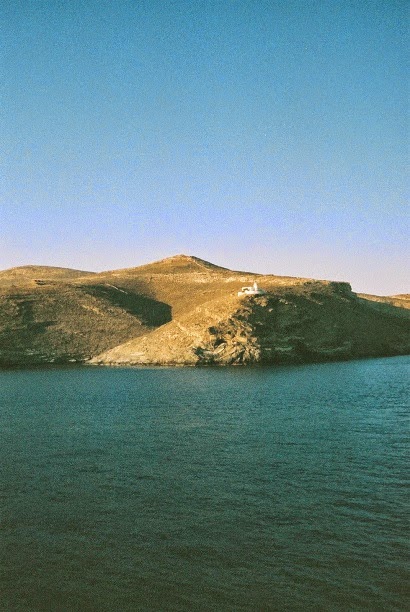 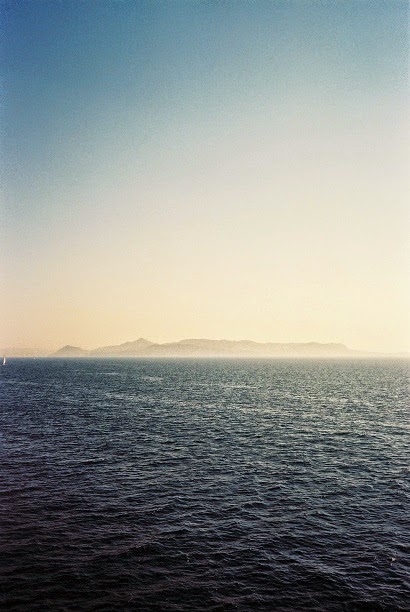 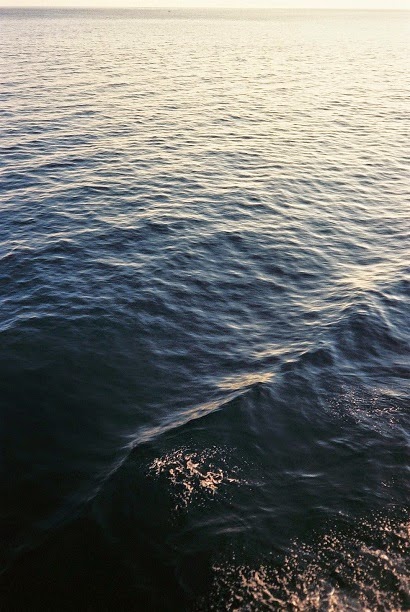 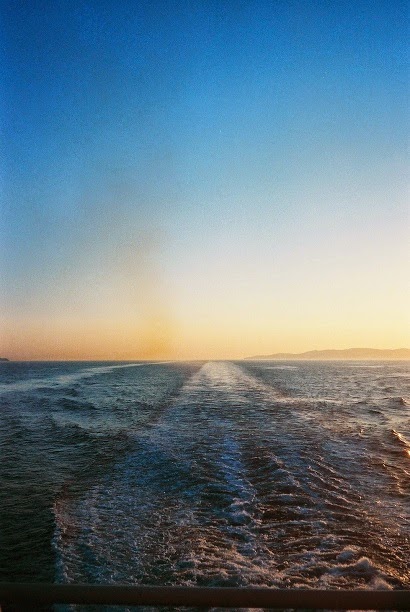 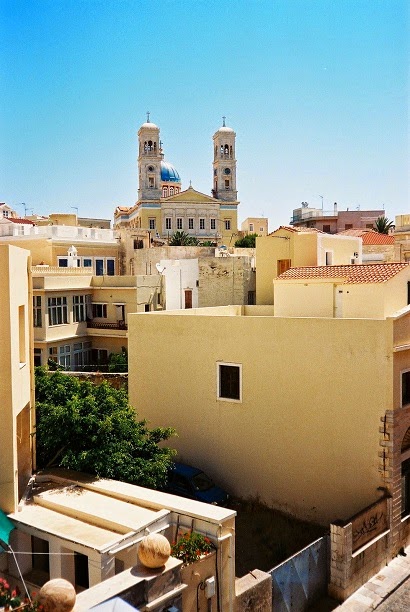 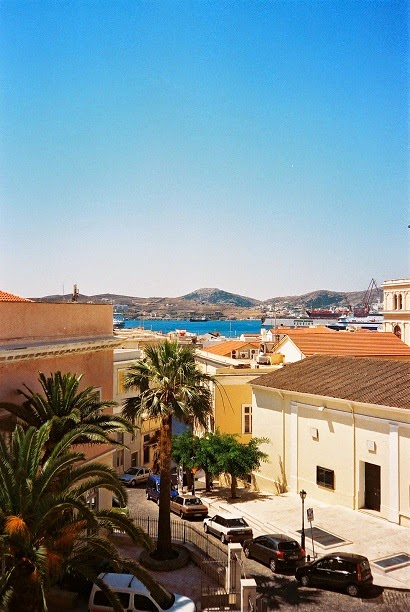 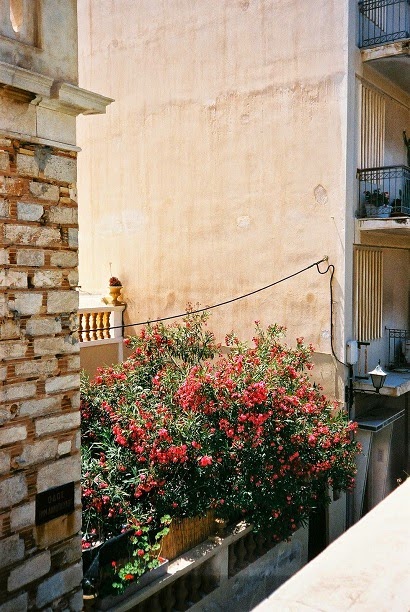 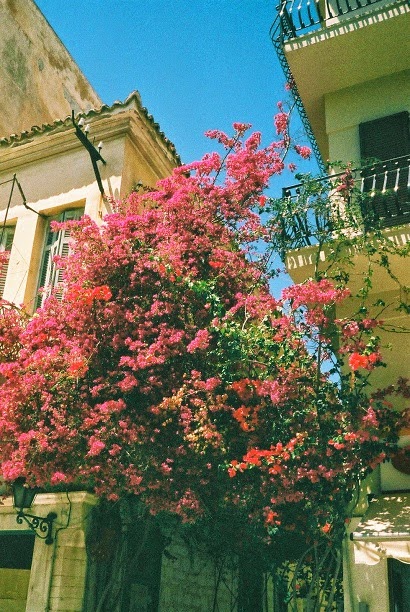 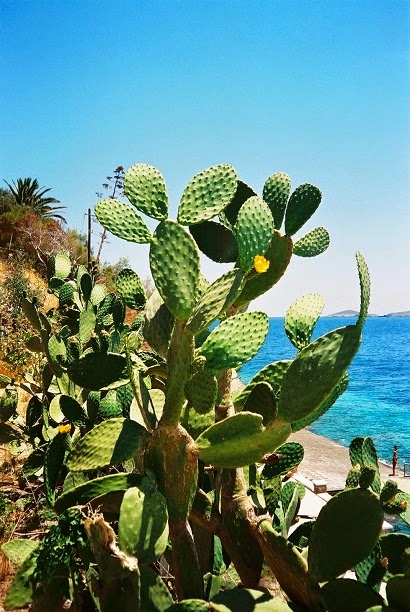 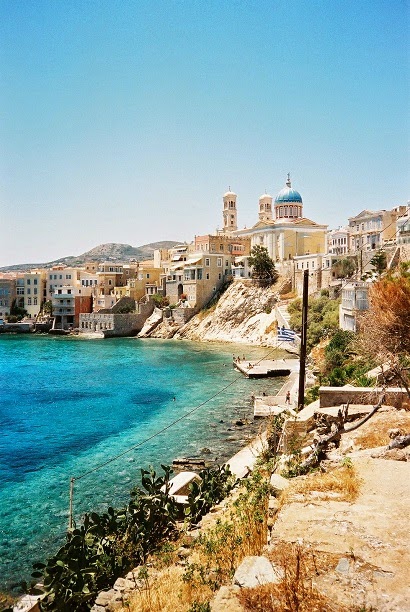 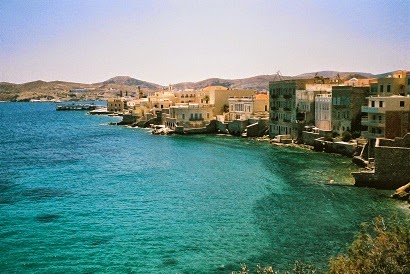 
It's been a good week here; part-sun, part-rain, hanging out with this guy, eating good food, drinking good drinks.

I'm starting these Friday links with the one I really want you all to follow (most of you are probably already there). Delancey is as good, as great, as everyone (here, here, here - I could go on) has been saying. It's the story of how hard it can be to create something good, a reminder that things that on the surface can seem so natural, so easy, may have actually involved pushing yourself in ways you couldn't have imagined. It's easy to tell the surface story and I can only applaud Molly, from much too far away, for being willing and able to share this more difficult version. Her words have always drawn me in and and, even though I knew what would happen, have happily visited Delancey, wish I could go and eat there, meet up with friends there, on more weekends than seems sensible given those thousands of miles that stand in my way, they drew me in here too, I sat on the train back from London early last week and I lost myself in the story.

Sticking with the good reads...

‘Let’s understand things before we embrace or degrade them’

And, because it's Friday:


We moved to the new house when I was 7. It was early in January and there was snow on the ground, a rare enough event in Sussex to make me remember it still. It was a new development and ours was one of the first houses that had been completed. We played in the street that was still part building site, I befriended an elderly couple who lived in the flats at the end of the road and whose name, sadly, now escapes me, and gradually the houses filled up.

I can't really remember Clive not being part of our lives after that.

There are photos from that Summer dotted around the house, us at the lake where Clive went water-skiing, Mum sitting tanned in her bikini, Zoe doing handstands, me pulling faces at the camera. He invited us round for dinner which turned out to be liver casserole... Mum politely ate what she had been given, Zoe just the carrots, I cried and asked if I could go home and make a jam sandwich. He didn't cook for us again, I'm surprised we didn't completely scare him off.

25 years ago today it was sunny in Midhurst and it was the day of the FA Cup Final, Liverpool vs. Everton. It was the day that Zoe and I put on our dresses from Laura Ashley and went to church for Mum and Clive to get married. It was the day that friends and family celebrated with an afternoon party in the garden (or an afternoon minus 90 minutes when almost all the men headed inside to watch the football, a must watch match for our Liverpool supporting family). It was a great day, a very happy day.

And then we, all four of us, went to Greece for their honeymoon.

I'm pretty sure that Clive would never have imagined finding a wife and two daughters, and eventually a son and grandchildren, in the house next door to his, we certainly would never have imagined finding a Clive over the garden fence. All I can think now, over 25 years on, is weren't we all lucky. Happy Anniversary Mum, Happy Anniversary Clive xx