I know I'm not alone in being preoccupied by the news this January. We went to the Women's March here on Saturday to stand alongside women all around the world. Seeing post after post on instagram and facebook from people doing the same on every continent felt like we were witnessing a giant outpouring of love and solidarity but it also made me realise that we can't do this one thing and then just stop. I feel, rightly or wrongly, limited in what I can do but then I thought about it.

I thought about the threat to Planned Parenthood in the US and the fact that in Northern Ireland women still can't have an abortion and realised that I can support a charity that helps them, along with women in Ireland and the Isle of Man, to travel to access safe abortions. Abortion Support Network.

I thought about the very obvious attempts by Trump to discredit journalism and the threat that poses and realised that I can support the place where I get most of my news. The Guardian.

I thought about people calling and writing to their representatives in the US and realised that I can and should be using my voice here as well, starting with a prompt from the organisers of the London Women's March. 10 actions.

It's just a start, but if we all view Saturday as a start rather than a one-off maybe, eventually, we'll get somewhere good. 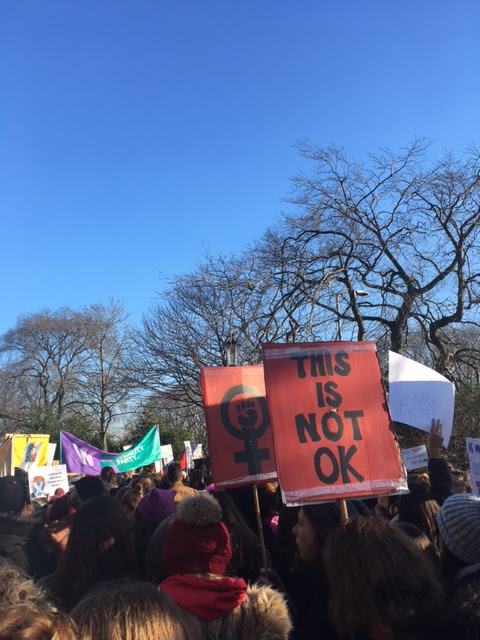