Releasing Anna et Salomé, this week, got me to thinking about the sea, about sun, about those posts from our now long ago holiday in Greece that I never quite managed to finish...

I read an article about Folegandros when we were planning our trip and immediately wanted to go, I saw photos of the town on the rocks, of the views, and the cliffs, and the sea but I didn't really know what to expect. I didn't expect the rough, rocky paths with wild thyme everywhere; the kid with lemon sauce that we ate on our first night; the car-free streets of the Chora, tavernas everywhere, groups of local children playing while we ate dinner at 10pm. I didn't expect the clearest blue water that I've ever seen; the, frankly ridiculous, walk that we did in the hottest part of the day; or the beach that we took a boat to on our first anniversary, through rough water, finding ourselves eating a picnic under a tree, one of only a handful of people; and I certainly didn't expect to be sitting under that tree when one of the two naked German men on the beach approached in only his flip-flops to ask if we knew when the last boat would be leaving (later we took the boat back with him, now fully dressed, while his naked, sunburnt, flip-flopped companion stood on the edge of the shore, the only one left on the beach).

I didn't know what to expect but now, having been, I know what to say when people ask, I say it was like magic. 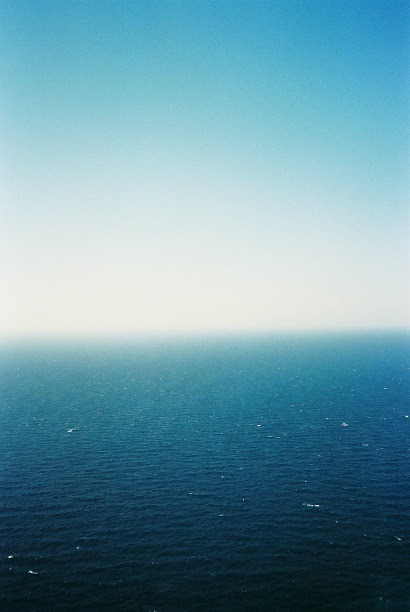 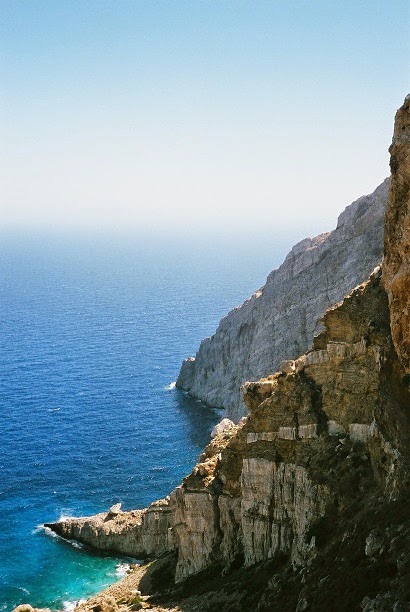 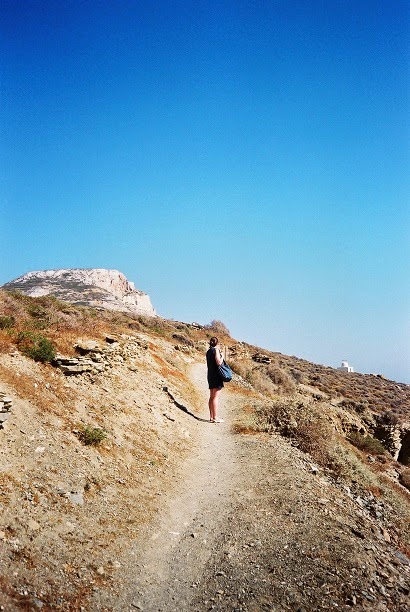 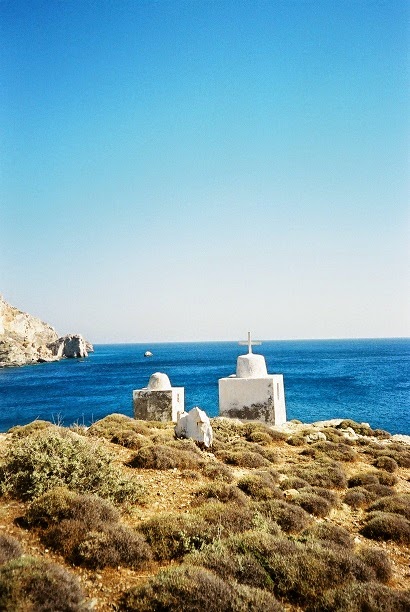 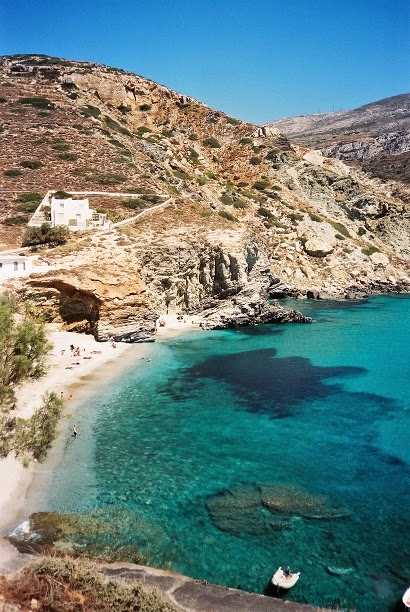 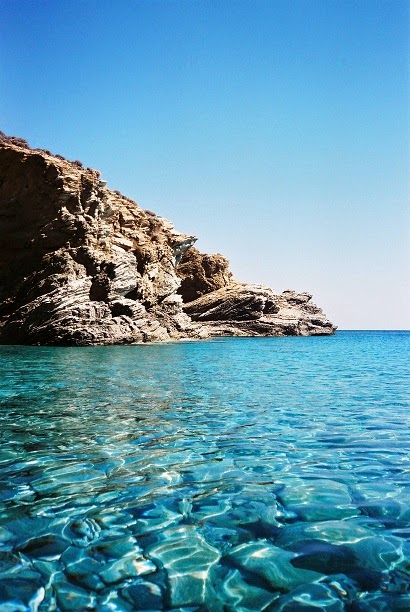 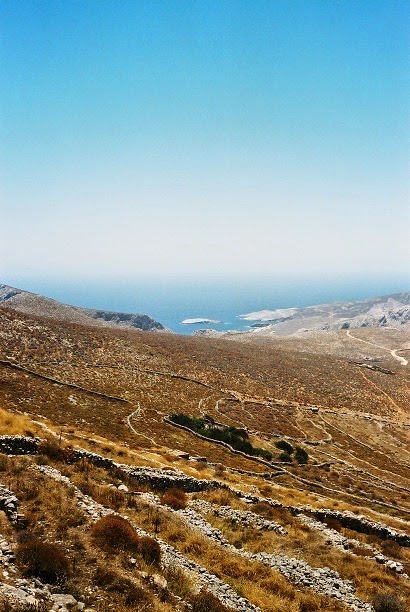 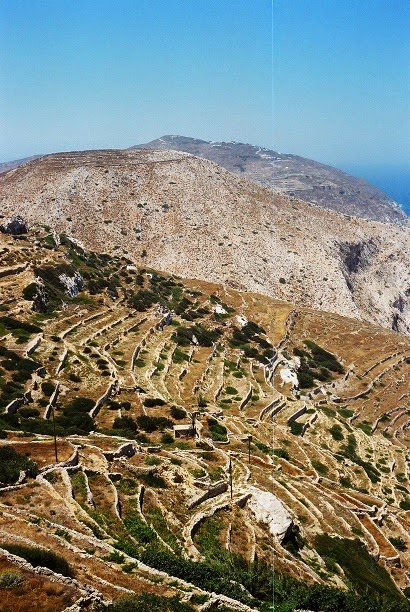 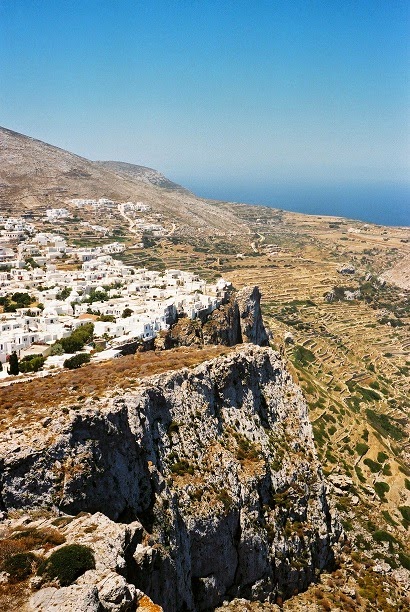 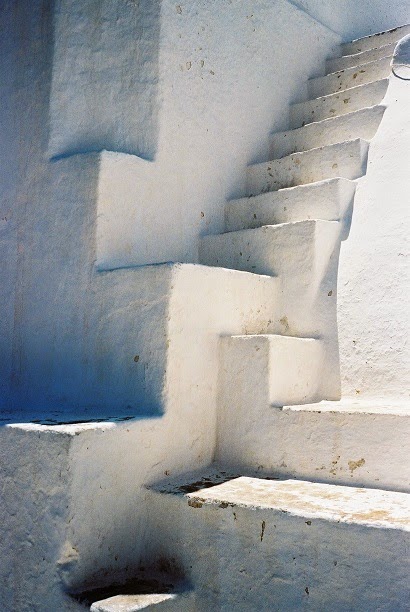 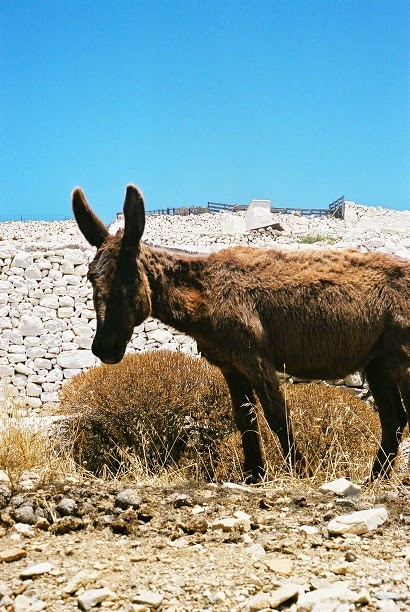 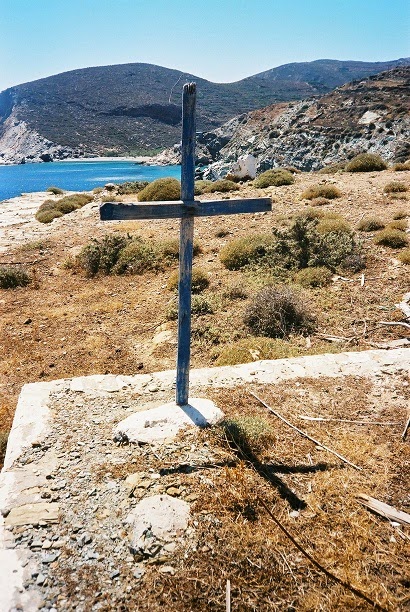 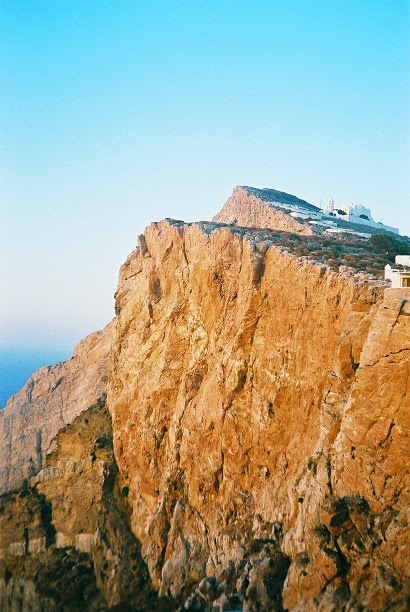 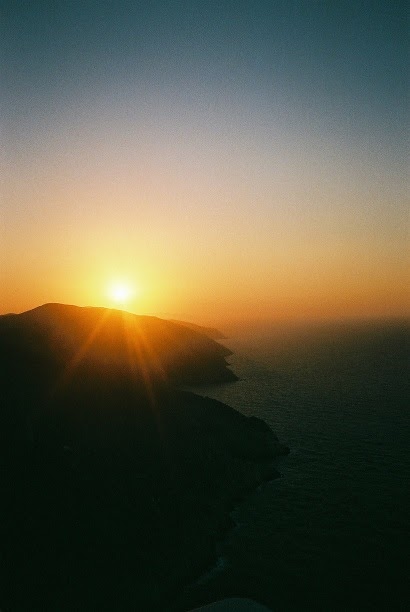 love these images, gemma. and now i want to go and swim in that blue.